Your mind is a web, not a stack of bricks — Let’s take stonemasonry metaphors out of learning 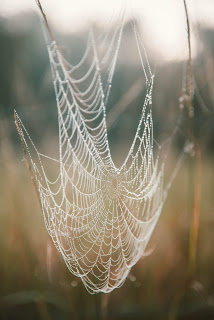 As a mom who has helped her kids depart occasionally or permanently from school around age-12, I get a lot of flack from family. I come from a highly-educated family myself, so the criticisms are easy. Aren’t I denying my children the opportunities which I enjoyed? Aren’t I setting them up for failure? The day-to-day judgments vary--if one is pricing financial derivatives or building a model engine, it’s all praise; if one is dancing or making an iphone documentary on our street, it’s distress.


We are all op-ed-reading, self-proclaimed consciousness-raisers, til the threat of an irregular income, out-of-pocket healthcare, or an itinerant lifestyle comes up. Then I’m a negligent parent, and we’re back to stonemasonry metaphors. You’re denying your teenagers the building blocks! The foundations! The cornerstones!

As best I can figure, the argument goes: if my teen will memorize fast and replicate math and science concepts sooner than his age-mates along a linear vertical (e.g., organic chemistry at 14, multivariate calculus at 15), then I am assured that all bricks have been stacked, with the ego-boost that my kid stacked his sooner. Future learning will make sense, future gatekeepers will open privileged doors, future employers will give the secret handshake... right?

I can tell you’re wavering. There’s a bit of bricklayer in all of us. Yes, gatekeepers will look for algebra and geometry and trig, because that’s what gatekeepers are programmed to look for. State education officials and community colleges and core-curricula-makers at universities will all call for a very similar vertical. Maybe bullshit. Maybe so watered-down that it’s hardly meaningful. But the same vertical nevertheless, so that boxes can be ticked and diplomas produced. And yes, there are many employers who will look for those ticked-boxes and diplomas.

But there are neurological and social and practical reasons why our brains don’t stack bricks, and the whole stonemasonry metaphor is a fiction.

The shape of learning is actually more like a tree, or rather an interconnected forest of dendritic-trees, than a vertical stack. Healthy neurons connect to numerous dendrites, tree-like projections with small, bud-like extensions, the sites of protein synthesis and memory formation. The length, shape, and density of dendritic branching contributes to the brain’s signal integration and propagation. Dendritic trees are dynamic not only during early neural development, but throughout life, pruning away unnecessary extensions and creating new branches continuously.

This might lead core-curriculum apologists to counter, Well, couldn’t those synapses be engineered into place according to a scholastic plan? Couldn’t we set about to input a hierarchy of content into a population’s minds through daily repetition and practice? Surely, the base of long-term competencies, such as fine motor skills, language, and socially-patterned behavior comes from daily repetition. But the mechanisms for strong memory-formation don’t turn on and off with a switch (or rather with a school bell, homework and tests). When “learning” becomes a laundry-list of arbitrary content, as it does after kids master literacy and numeracy and head into adolescence--that is, five features of igneous rock, seven facts about Mesopotamia, three bullet points about Roman aqueducts, why Separate Peace is a good book, the formula for a parabola, and six policies related to the New Deal--then the expectation that teens’ wildly branching dendrites should neatly cement together according to a common plan becomes ludicrous. Two key conditions are usually missing: emotional connectedness to content, and ready, continuing application. To frustrated parents and teachers, this is: he’s not motivated!

When we push a teenager to stack bricks, we’re channeling his time and energy away from opportunities to get really, authentically excited. We’re also missing the social phenomenon that would happen if he found and spent more time with other people who got excited about the same things. That’s missing both the cognitive boost associated with intrinsic motivation (see the extensive work of neuroscientist Johnmarshall Reeve), and the learning-accelerant of shared-focus enthusiasm. It’s the double-whammy of being bored among bored people. (And beware, performance-parents, of being cynical among cynical people!) 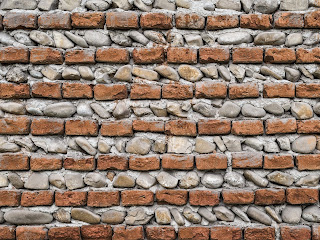 There are also practical reasons why we don’t stack bricks. Concepts connect and form memories when we have ready and continuing need to apply them. In the development of BreakAway, I worked with MIT Computer Science and Mathematics graduates, two over-cynical young guys who seemed depressed about the 16-year educational process from which they had just emerged. “I don’t think I ever really made a choice since the second grade,” one told me. Aaron had been a contributor to ArtofProblemSolving, a problem-solving start-up created by Bay-area math-lovers. But he himself was crammed through a relentless linear pathway of math and science classes, most of which he found unmemorable and useless. Time-waste and irrelevance was a common theme in their educations, both coming from super-high-performing high schools and rigorous MIT curricula. It came from the vertical stack, they said, the notion that one textbook or course must precede another. Both found that they plodded through thousands of hours of disjointed mathematical concepts with anxiety and fear. The really fun “a-ha!” moments happened idiosyncratically when they dove into problems that caused them to connect old and new concepts in novel ways. When need and excitement and personal investment came together, either of them could absorb volumes in a few days. But instead, years of their childhoods seem to have been misallocated.

I’ve been beating my head against the bricklayer metaphors time and again over years of defending my teens’ right to their own choices in learning. Last week I was panel-interviewed by secondary-ed administrators at a school in Mumbai that our fourth child wants to attend sporadically to make more friends. Despite posturing to “work together as a team,” to understand “individualization” and “learning pathways”, they showed their cards when they handed me a block schedule of “cornerstones” and “foundations”. It would be impossible, it seems, to spend daytime hours pursuing his interests; the “building blocks” have to come first. How has this metaphor become so pervasive?

Maybe the metaphor is not all bad. Maybe there is something we’re longing for that we can’t describe. Something solid and respected and important to pass from one generation to the next. That’s how I felt about going to church on Sundays when we tried for a few years, then caved to sleepiness and kids’ resistance. That’s how my husband feels about football, being signed up by his dad without any questions, pummelled and coached, and winning. That’s how my grandparents felt about sacraments. How my dad feels about the Bill of Rights and visiting Washington. How my mom feels about reading good books and knowing how to cook. If every one of us is atomized-- self-optimizing and self-satisfying--without these bonds cementing us to history, to our towns and our grandparents and our beliefs, then what have we become?

Maybe it’s our anxiety about having forsaken those real foundations that makes us so credulous about bureaucratically-determined foundations. If not First Communion or pot roast, then parabolas and the promise of an MBA.

We are right to want cornerstones and foundations. We are right to want rhythm and continuity in raising children. But let’s be careful how we trade family, spiritual and community-based foundations for state-sanctioned gobbledygook. Those block schedules are not cementing anything in teens’ minds. They are wasting opportunities when real, personal webs could be woven.
Posted by Colleen Mascenik at 4:58 PM