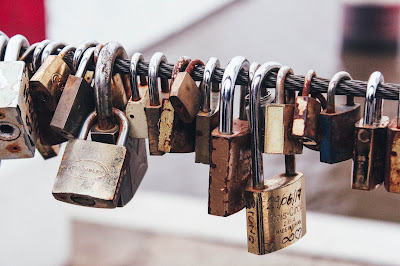 Why do they get away with it?

Here’s the reason why every family should write to Lamar Alexander (R-TN) head of the Senate Committee on Education and demand the Department of Justice Anti-Trust Division and Federal Trade Commission Bureau of Competition launch an investigation.

The 4-year, 120-credit-hour, all-from-one-place undergraduate degree is an anti-competitive, bundled product that distorts the market for higher learning.

Barriers to a-la-carte consumption: Universities make only a few courses from the entire selection available to ‘visiting’ students, holding back the majority to full-time degree candidates. This is especially true of higher-level and laboratory courses. Tuition structures often prefer all-in-one-place study; that is, students pay more to take courses here and there than they would if they took 15-18 credits in a semester from one place.

Unwarranted switching costs: Students pay more to switch among universities; first, because they have to pay for standardized tests and pay for sharing the scores, pay for sharing transcripts, spend time preparing and then submitting applications and references, and pay for that, too—multiple times. Second, universities discount the value of “credits” already earned and curricular units covered from other places, requiring many students to re-take similar or identical courses to complete degrees.

Ex-post penalties for a-la-carte consumption: Here the term “credit” comes into play; it is the socially-accepted word for bundle-able product. And universities get to decide what is bundle-able and what is not, always in their own favor. Very few universities recognize comparable study completed whether for online certificate (e.g., Khan Academy, FutureLearn) or identity-verified certificate (e.g., edX) or even with in-person, proctored exams (e.g., ModernStates) as worth of “credit”, requiring a-la-carte consumers to repurchase learning services in bundle-able form. Students that already have advanced knowledge and skills developed through a-la-carte study (e.g., a mathematician having mastered stochastic calculus, linear algebra and coding in C++ on Khan Academy, Brilliant, through books and tutors) is NOT admissible to most Masters, PhD, or professional degree programs. Lesser candidates having undergraduate degrees—even in unrelated fields to the intended graduate study, and even degrees earned years ago and the contents of which could hardly be remembered—will get admitted to spots that the a-la-carte student can’t access.


It’s a worthwhile thought experiment, too, whether during the past few decades undergraduate institutions have really played the role of a public utility.

Why might we think of them as a utility? The 4-year, 120-credit-hour undergraduate degree has been:
And its provision is, by definition, limited to a finite number of accredited institutions which:
What would be the implications of classifying undergraduate universities as a public utility?
It seems for now that the public has been suckers to an industry that presents bundling as core-curriculum, switching costs as pride-in-alma-mater, and collusion as ivy-covered gateways worthy of respect. It’s time to stop the grand-standing around college education in Congress and at our kitchen tables. It’s an industry over-due for anti-trust investigation.
Posted by Colleen Mascenik at 2:12 PM